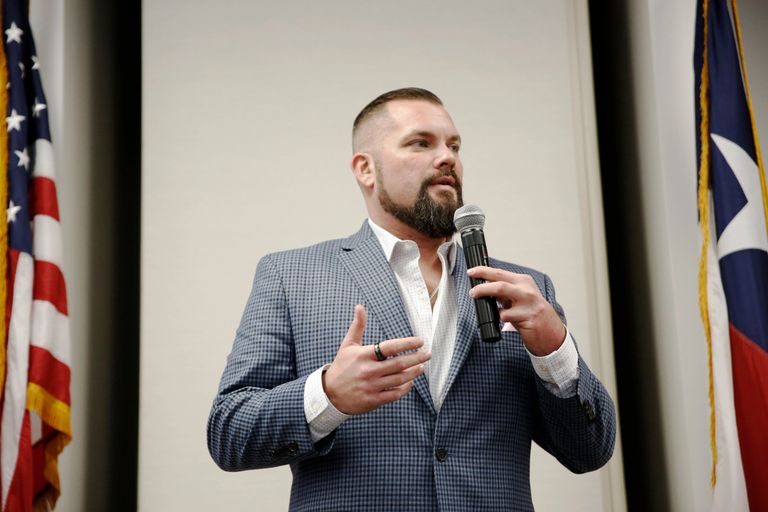 One Tribe. One Fight.

Jacob Schick is a third-generation combat Marine, motivational speaker and actor who epitomizes service and sacrifice.

Jake helps individuals and teams maximize their potential by using his experience and the effects of being severely wounded in Iraq. His story is one of recovery & resilience and motivates individuals to live well & is a staunch advocate of mental and emotional wellness of the human tribe as a whole.

After a triple-stacked tank mine detonated below his vehicle in the Al Anbar Province, Iraq in 2004, Jake suffered compound fractures in his left leg and left arm; multiple skin, ligament and bone losses; varying burns; partial loss of his left hand and arm; amputation below the knee of his right leg, traumatic brain injury (TBI) and post-traumatic stress disorder (PTSD).

Jake has undergone over 50 operations, 23 blood transfusions, and countless hours of rehabilitation. He will tell you his physical injuries weren’t the worst that happened to him. For years, he dreaded his TBI and PTSD diagnosis; common mindset amongst warriors and people alike.

Jake is currently the CEO of One Tribe Foundation (22KILL), an organization and community that combats suicide by empowering veterans, first responders, and their families through traditional and non-traditional therapies.

He has appeared on James Gandolfini’s HBO special

as well as “60 Minute Sports” and various other local and national mediums. Jake has been featured in roles

in Clint Eastwood's productions’ of “American Sniper” and “The Mule”, and appeared in Bradley Cooper’s

production of “A Star is Born”.

"Physical pain reminds you you're alive, mental pain tests your will to stay that way". -Jacob Schick

Jacob sat down with Navy SEAL Veteran Jocko Willnik in April of 2018 for the Jocko Podcast.

In May of 2019, Jacob sat down with Chad Prather from Blaze TV to discuss 22 KILL and mental wellness.

Jacob does speaking engagements each year across the country and was the Guest of Honor at Marine Corps Forces Africa & Europe in Germany this year.

HLN did a great piece on the organization Jacob runs, 22KILL for Veterans Day 2018.

"Jacob is hands down the speaker you want if you desire to have an 'in your face' reality lesson on the cost of our freedom and what the great men and women of our military sacrifice and endure to provide us that freedom. Through his humor and real life stories of sacrifice, he reminds us all what makes America great and that we are all worth fighting for."